Vienna has been Home for four years.  Our tree-house apartment, flooded with light and church bells, is now filled with four years of memories.  Leaving a place always feels like saying good-bye to everyone we’ve ever loved, and missing them all over again.  Our hearts break, just a little, to leave behind a piece that will stay in Vienna forever. 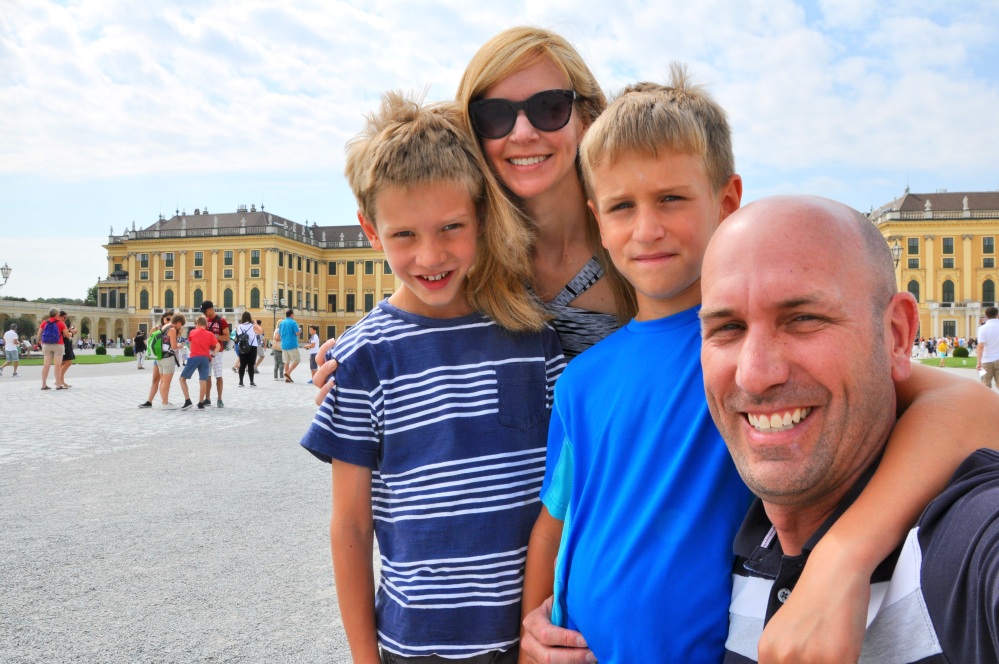 Vienna is the chapter where we walk down the Strudlhof steps to the bus stop with Jake and Eli every morning, where the ivy changes from green to red, and the summer sun gives way to the warm glow of street lamps lighting the winter sky.  This is where we run with violins banging against our knees, make cupcakes for the school bake sale, watch recitals and school plays, race in Pinewood Derbies, and announce sports for KSN.  It’s where we learned to steer wooden sleds down giant mountains of snow, and where we stood outside in swirls of snowflakes holding langos and hot mugs of Christmas punch.

It’s where we learned to ice skate on frozen lakes and ski on glaciers, and eat dumplings smothered in poppy seeds and vanilla pudding up where the world glittered like it was full of diamonds.

These are the years of Boy Scouts and action movies, of waterslides and park swings, of swim meets, kickball tournaments, and ropes courses high up in the trees. 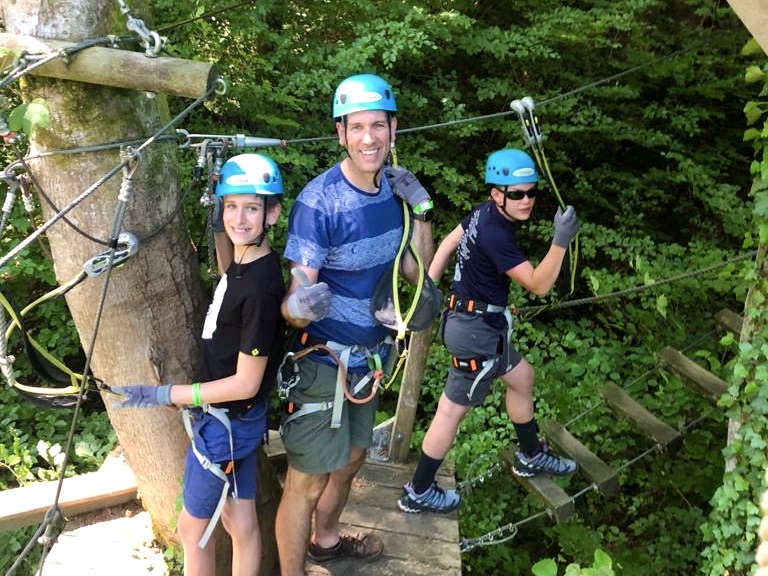 They are years of cuddling together on the couch and riding scooters to dinner, taking bike rides on the Danube, playing catch at the park, and going to Ikea for hot dogs and ice cream because the machine is so much fun!

Vienna was very good at ice cream.  Zanoni and Zanoni, Tuchlauben, Ferrari, Schwedenplatz… as long as there was lemon, pistachio, and straciatella it was hard to go wrong. 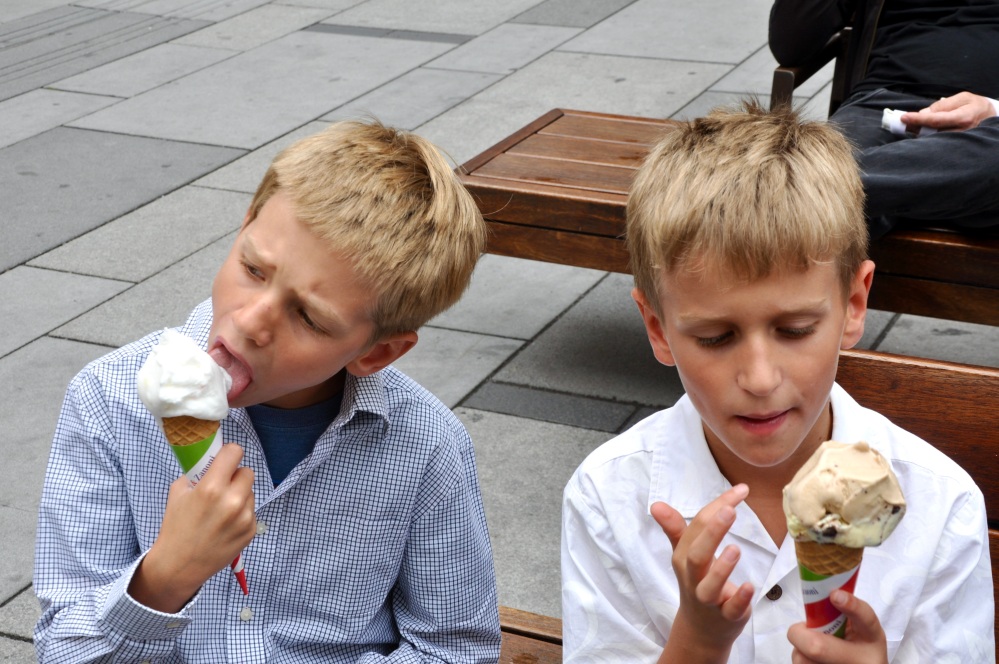 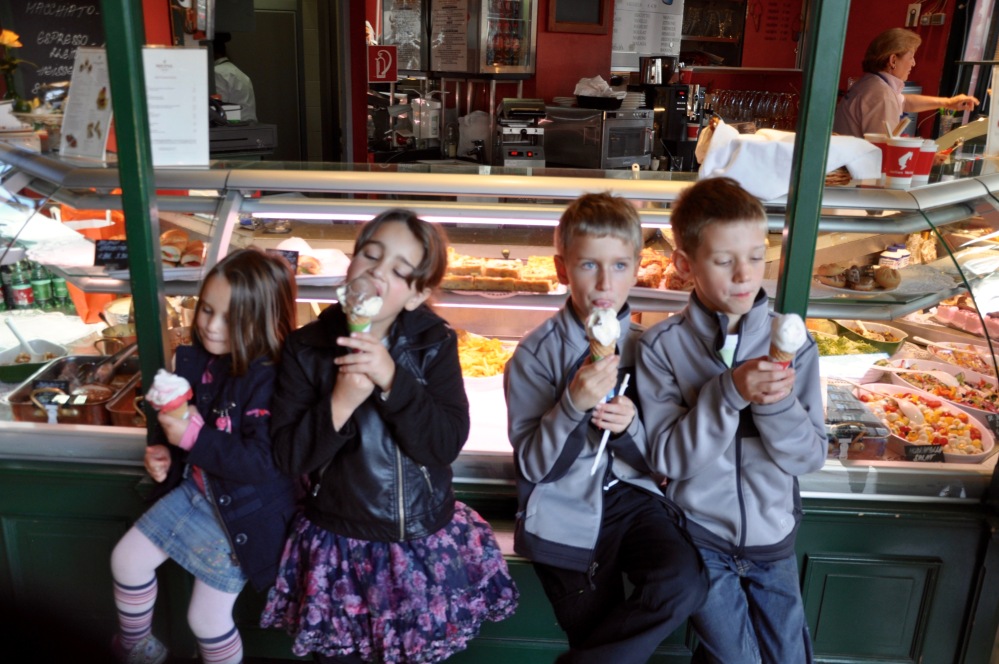 We learned about graffiti and swear words, and that drunk people ride the tram on Sundays. 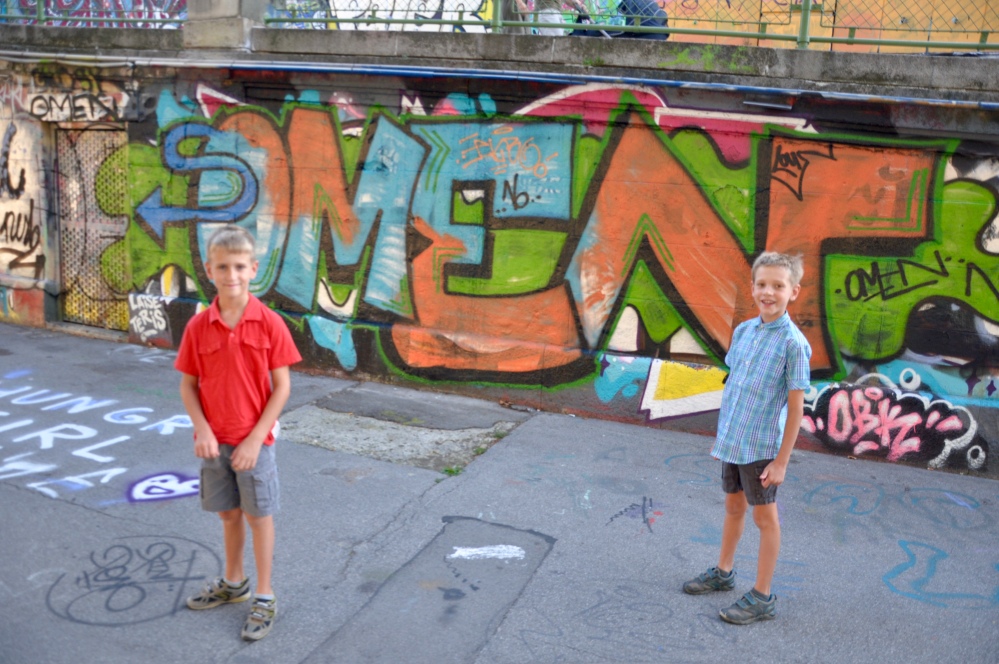 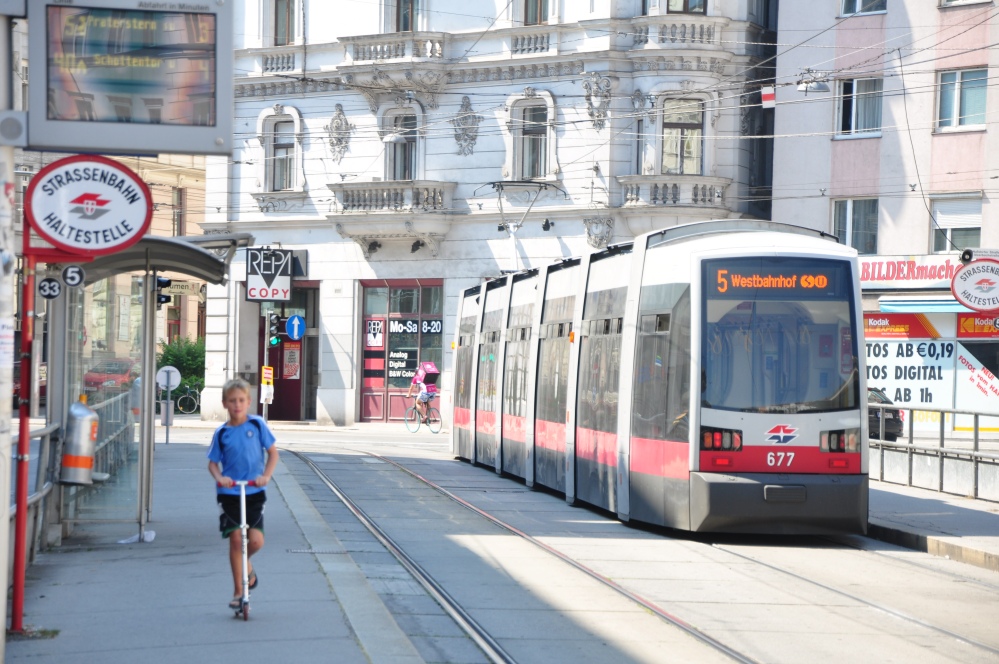 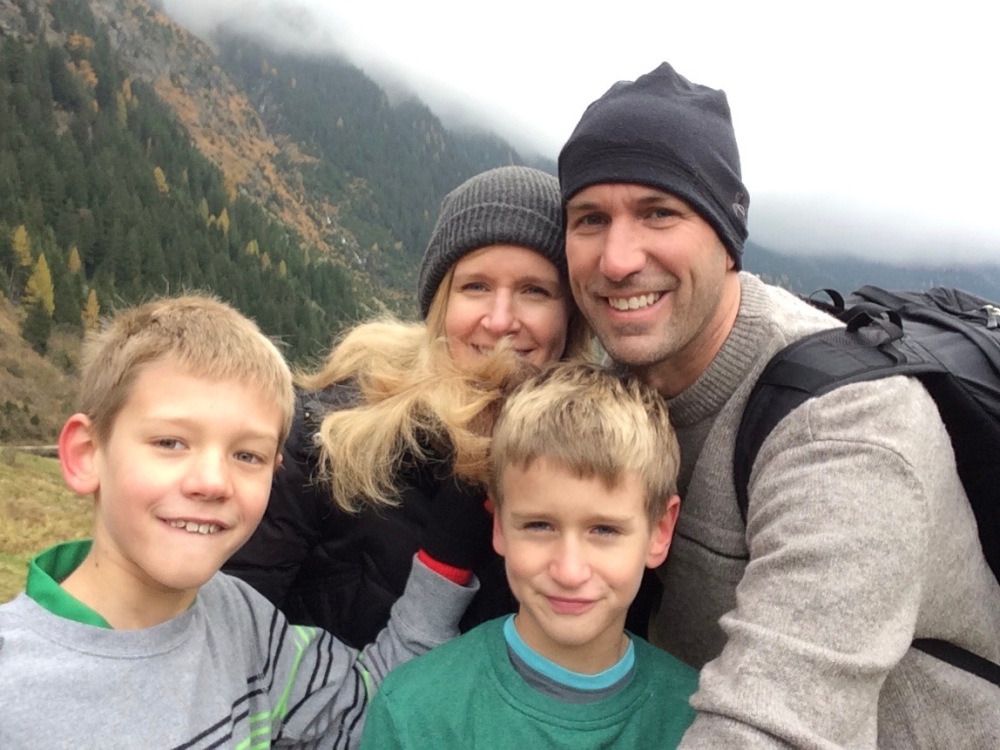 Mike and I woke up early to make lunches and unload the dishwasher, and bought cherry tasches from Le Firin on Sundays.  Visiting Italy four times and having Giuliano’s around the corner turned us into pizza snobs.  Durer, Breugel, Warhol, and Picasso colored our world next to Mozart and Beethoven, thanks to Mike. 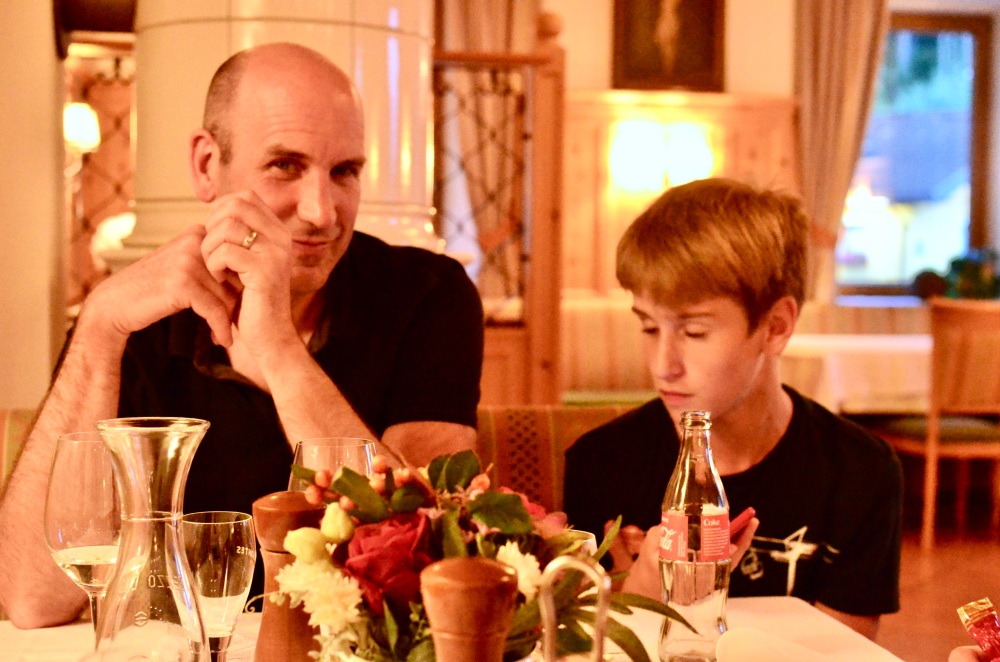 Vienna brought us more visitors than we could count. 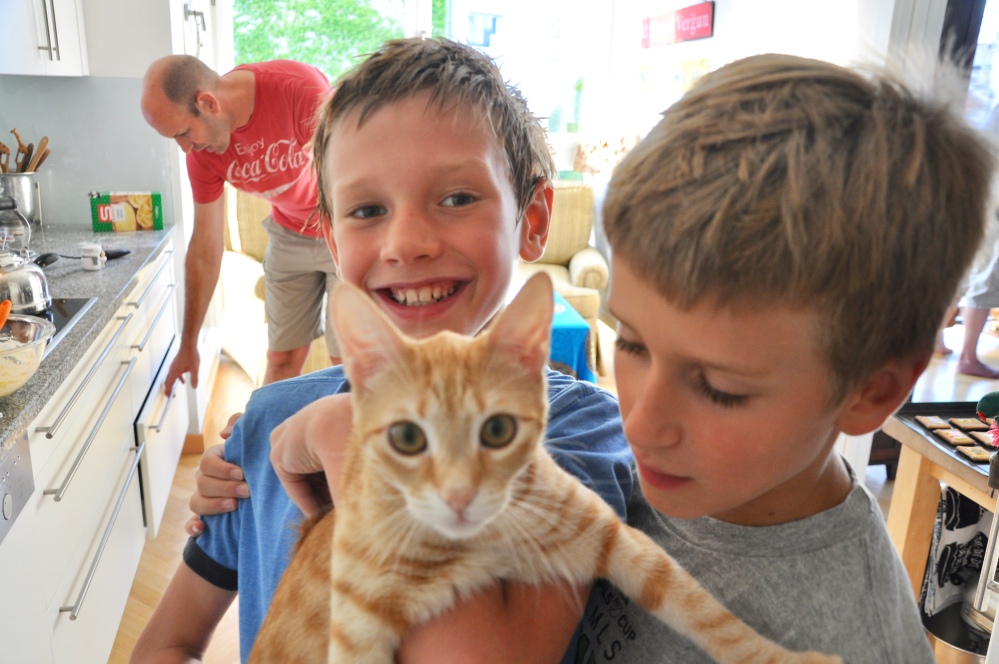 And an X-box.  Traveling through Tyrol, Jake the Farmer points out sowers, cultivators, and windrowers by name, while Eli buys cats and parrots in Sea of Thieves and sails around with them perched on his bow.  We still love stuffed animals and train sets in Vienna.  These are years with the permission to still live in childhood, where the thrill of a balloon or the comfort of a blanket are not a denial of growing up, but an awareness of the preciousness of innocence.  The world is still beautiful and full of possibility in this version of the truth. 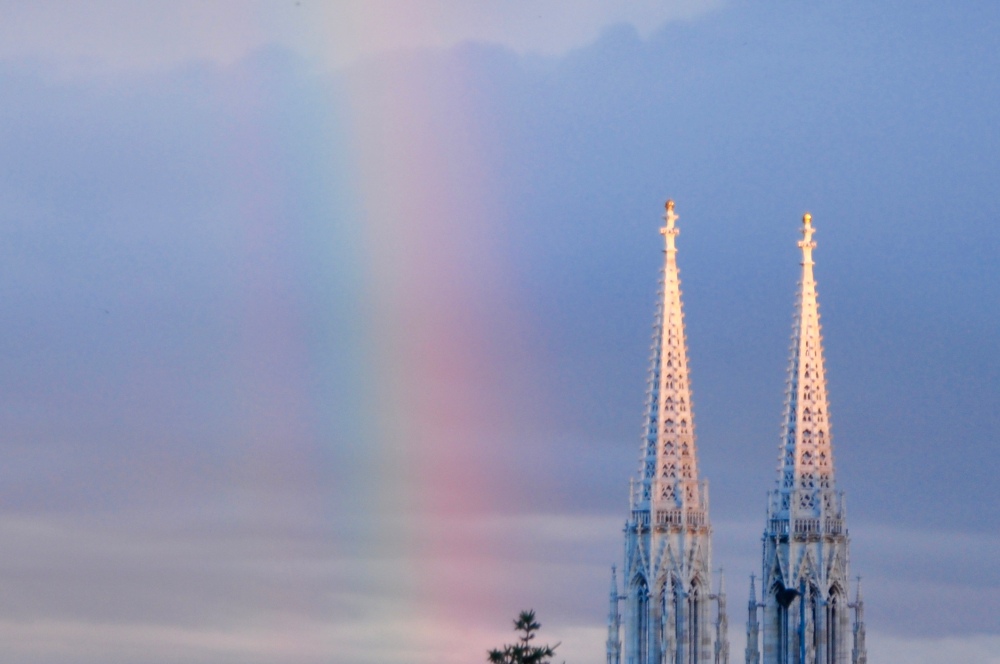 It’s been magical, this Austria chapter.  Where Mike and I learned that we disagree sometimes about parenting but that we can love each other, even through that.  Maybe that has been the best discovery of all.

Leaving something you love is an empty, hollow feeling, of hope lost, a door closing. That there is only one moment despite a lifetime of moments that will feel exactly like this one.  This one has been so precious.

But the stepping stones continue as they always do. With each new stride we hope it’s the last one, that we’ve reached the vista from which the world will make sense, yet after a pause, a moment’s rest, we see the stones trailing forward into a new unknown.

This is not the end.  It is just one more swell.  So we ride the wave as long as it lasts, then turn the page together to start whatever comes next.